My view on tonight's debate. This is the year that as Americans we need to NOT close our eyes and see which candidates name we select. It is time to WAKE UP America, not use the excuse that you don't know anything about Politics or the people who are running to be Our Next President or that you don't make a difference. WE CAN MAKE A DIFFERENCE!
Tonight's debate will more than likely will not change a lot of our minds on who we should or shouldn't vote for, but for the person who has not followed the election & tuned in or attended a "Debate Party" could likely begin to see these candidates and want to know more about who they are & if their values line up with theirs.

The Internet has a plethora of information & those who don't have computers more than likely
have either TVs, radios, newspapers & more media than any election in our country's history.

Last weekend after the week of The Stock Markets wild roller coaster ride & the announcement that we have serious economic problems & that we as taxpayers need to "Bail Out" the Banks. This week most people seemed to not even be AWARE that we have serious economic issues. I certainly don't have the answer to this. However, I don't think the CEO's need Golden Parachute payouts out of our pockets.

I do know that in Arizona we have had our challenges this summer with high gas prices, falling property values, & real estate & mortgage problems & most businesses having issues related to the economy to contend with.
It is time as Americans that we become AWARE of Our World & take responsibilities that
were given to us by our Country's founding fathers .
I challenge each of us to Get Our Heads Out of the Sand & Gain the Knowledge to make informed decisions, not just on politics but on contacting the people who represent us in Washington. They are not just making a 4 year decision. This weeks decisions will have
decisions on most of us for generations.
I urge each of you to pray & vote
and let your elected officials know how you feel about the Bail Out!
Posted by Linda Martin at 9:26 PM 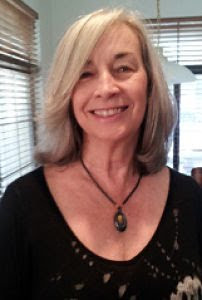